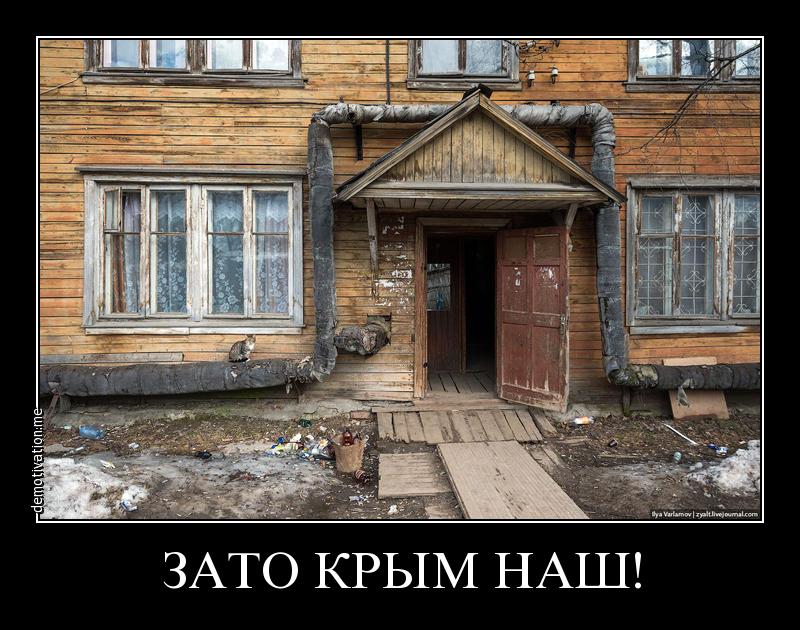 Does the West make sense without the East?

This subtitle paraphrases Marci Shore’s reflections on Tony Judt in the context of Maidan and could serve as a fitting summary to the way the Ukraine conflict is mainly framed in terms of its impact on West-Russia relations and the way Ukraine, or rather Ukrainians, and their agency, gets lost in the discussion.

Two weeks ago I took part in a round-table in Warsaw on the Ukraine conflict, and as I mentioned in my previous post, I don’t feel we did justice to cause of European solidarity with Ukraine. In fact, I was surprised how, in an audience of Poles and academics critical of Russia, my call for a solidary response was not received sympathetically.

So I want to lay out this position again, more clearly than is possible in a round-table.

Really my position started to emerge in my own research into the responses of ordinary Russians to their ‘hailing’ by the relentless ‘black PR’ of Russian state-controlled media, about which I wrote a little in my previous post. This research became an article about the ethnographer as diplomat – or otherwise. At the same time as writing on Russians, I have seen many, too many, talks by political scientists on Ukraine in the last two years. One stands out: a book launch by my colleagues Kasia Wolczuk and Rilke Dragneva in CREES where Sarah Whitmore was discussant.

Wolczuk summed up her presentation of the book content with the pithy phrase: ‘The EU doesn’t care enough about Ukraine… and Russia cares too much’, adding ‘It’s up to Ukraine to live up to its integration choice and confront the consequences’.

While I don’t disagree in principle with that statement, at the time and now I feel this ignores the agency of ordinary Ukrainians who have already made that choice. Not only that, but focusing on the failures of Ukrainian politics avoids us confronting our own failings – particularly, the failure of European solidarity in providing enough support to Ukraine – however that ‘support’ is defined (actually in the round-table there was mention of the need for a Marshall plan for Ukraine).

So that, in essence was how I framed my contribution to the round-table.

In particular, the question of the meaning of solidarity seemed particularly apt since previous speakers at the Warsaw event – particularly Rick Fawn from St Andrews, had stressed the idea of the ‘family’ of European nations, and of course the Poles had highlighted the idea of the return to Europe of former USSR satellite states.

So this idea of familial relations – what could be a better example of solidarity? – seems a fitting way of framing things. Kinship relations demand reciprocity and mutuality – as any anthropologist will tell you.

However, I am aware of the problems with the ‘kin’ analogy. I tried another kin metaphor – how, if a family member has a drug problem (endemic corruption and the oligarchic relations that perpetuate this), then what that person needs is a therapeutic treatment, not punishment. Of course here lies a trap – sceptics of Ukraine’s ability to reform will say that this metaphor is all too apt – the addict needs coercion, as well as encouragement, they would argue. In the end, Rick Fawn and others had a better metaphor for the need for solidarity – the family member who is the victim of domestic violence – the relative has a duty to support the victim.

But in my contribution to the round-table I only had the opportunity to say a fraction of this. I had more luck in presenting some facts that indicate that Ukraine has irreversibly changed, and that these facts alone mean that an urgent ‘meeting more than halfway’ is needed from the EU. I drew attention to the fundamental fact of Ukrainian decoupling from Russia – trade with Russia is now a fraction of the figure of trade with the EU (44%) and Ukraine has, with the connivance of the IMF, of all bodies, defaulted on the Russian loan of $3bn made under Yanukovych. Gas demand, believe it or not, is half what it was ten years ago. Yes, much of this is due to the incredible economic crisis that continues, and the loss of the industrial east – all the more reason why even more help is needed now.

A simple act of solidarity that is of relevance here would the long awaited visa-free regime with the EU – this would allow remittances in hard currency to flow into Ukraine from the EU via migrant workers – hardly the argument hard pressed EU citizens want to hear, but a practical, realistic help. In fact, this would be the best ‘medicine’ for Russia too, the best way of showing true European values. There are many migrant workers from Ukraine among my informants in Russia. Visa-free travel to the EU would see decoupling increase.

But the fact is that almost no one focusses on the human cost among the most vulnerable in either Russia or Ukraine. The average pension in Ukraine is about $53 and 17% of GDP spent on pensions – the highest figure in Europe. Before the devaluation of the rouble, in Russia average pensions were around 10 times that figure. (Now they are around $240, not enough to live on). Inflation is 20% in Ukraine. It was nearly 50% last year. There will probably only be a 12% increase in indexation of benefits this year. Another practical extension of solidarity might be, not military aid of lethal weapons as many have argued, but medical, material and psychological support to the thousands of ex-service personnel now struggling with PTSD leading to alcoholism, homelessness and other ‘side-effects’ of war.

So I come back to solidarity again and the problem of ‘conditionality’: unless you fulfil ‘x’, we cannot provide ‘y’. Conditionality just doesn’t work in crisis situations like this. Just like the Greek crisis, Europe is at least as morally responsible for the situation in Ukraine now as much as any other party. Therefore Ukraine will continue to serve as a barometer for the health of a wider European project.

Back to Russia – back to the past

But what of Russia? Partly my interest in Ukraine stems from the highly poisonous effect of the conflict on ordinary Russians. And this was evident in the fieldwork encounters I began to relate in my previous post.

Really, the long piece I’ve written for the Cambridge Journal of Anthropology is about Russians and their inability to deal with Ukrainian conflict (and that inability as reflecting a wider and deeper impasse: the psycho-social effect of 25-years of not being able to deal adequately with the past) – its psycho-traumatic effects, and, among other things, its effect on the relations in fieldwork.

But let’s start with the more tangible results any political economist can see. First there is the massive demand destruction, and no end in sight of sharp income falls for most Russian citizens – note again, the pension figures mentioned above and compare the ‘before’ devaluation and ‘after’. Oil price slide aside, Ukraine is the marker, if not the overriding cause, of ordinary Russians going back to the 1990s in terms of economic insecurity – with a fall of 10% in average incomes in 2015, a figure not seen since 1990.

And in a sense the idea of the Ukraine conflict symbolizing a barrier to Russia moving to the future and repeating the past is something we see in all sorts of contexts – a retreat to ‘kitchen relations’, both in terms of not having any money to do anything else and in terms of a fear to speak too openly of one’s misgivings; a return to the garden plot; the way public life is now a party loyalty test, of any position of power, in any context.

If anything the Ukraine crisis is revealing of the Russian people as a clinical psychological case of trauma that is unresponsive to treatment. Alexei Yurchak’s most famous finding is 1991 as a ‘break in consciousness’ on the part of Russians, but really he’s just talking about the intelligentsia, and then only the progressive intelligentsia. There remains a large swathe of people, and many of them highly educated, who have not been able to collectively overcome their sense of trauma about the past.

Elena Bogdanova, in an unpublished work, puts it in this way – as a ‘bottling up’ of the past – and the Ukraine conflict sees this made evident in various psycho-social dysfunctional effects – the pathological need to believe in state propaganda, the dehumanisation of Ukrainians, the aggressive xenophobia, or, at best, the neurasthenic reaction – evident in the ‘Moscow bombing’ comment in my previous post – ‘irritability’ and lassitude are key affective states I talk about in my paper – certainly I also felt them (here I am indebted to Navaro-Yashin’s work). At the same time, there is a revealing of cognitive dissonance between the strident response of patriotic enthusiasm and the realisation that this state is untenable in the long term. And can have unpredictable consequences of disaster for Russians.

I was in Russia when the Malaysian ‘Boeing’ was shot down – and a cardinal change in perspective occurred. Russians didn’t so much say it. In fact the more strident the response: ‘Putin will show you lot’, the more I detected a fundamental disquiet. Everyone understood the long-term, devastating consequences of the ‘Boeing’ (note the metonymy as an indicator of trauma!) Even the term ‘zato Krym nash’ (but we’ve got Crimea!) is used ironically now even by those most patriotically inclined.

But the last words go to those remnants of the independent Russian media. They talk of the social catastrophe the conflict in Ukraine has accelerated in Russia: the ‘loss of public understanding of the reality of its own existence, economically, socially, culturally and politically; this far reaching process has been the cause of the moral degradation of society’ (Kobrin 2015). 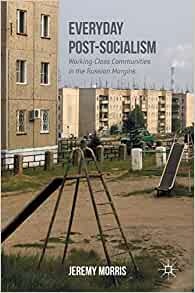