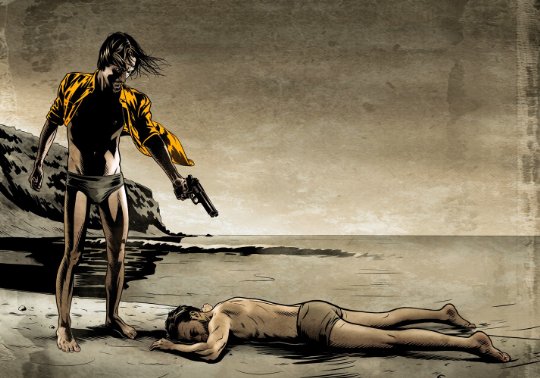 I’m lucky enough to be starting a new project on social trust ‘comparing’ two polar ‘opposites’ – Denmark and Romania. (A good illustration of the difference is found in this LSE blog post by Zsolt Boda and Gergő Medve-Bálint). While I’m familiar enough with some approaches to trust and social capital and their problems, as a way of starting a conversation with my two project partners (one researcher working on Denmark and one on Romania) we are all reading Eric Uslaner’s new edited book: The Oxford Handbook of Social and Political Trust (2018). I thought I’d share here my initial thoughts – partly shaped by my existing prejudices. These prejudices and ‘hunches’ (that it’s highly problematic to think of Scandi societies as ‘high trust’ and postsocialist societies as ‘low trust) inform my reading that follows.

What’s the middle-ground/field of social trust?

Right at the beginning of Ch 1, Uslaner sets up a tension within the conceptualisation of trust relating to the ‘other’ – the person whom is trusted. Overall, what I take away from the first few chapters is the ‘gap’ between relatively clear understandings of kin-trust and complete stranger trust. Most of our meaningful transactional and reciprocal interactions take place between these intimate-stranger poles. The methods outlined and the conceptual framing don’t easily accommodate that ‘gap’ (although it appears there is some good stuff on welfare state/bureaucrat interactions elsewhere in the volume).  I’m most interested in the Street-Level Bureaucrats–supplicant relationship and was thinking of that most of the time I was reading.

Later the problem of really defining a standard meaning of particularlised trust occurs. Particularised trust relates to ‘only people like ourselves’ (p.4), but for me that doesn’t square with all that we know from the literature on social networks and patron-client relationships from the former socialist countries where ‘trust’ networks can be highly diverse, especially in terms of power gradients. What does ‘like ourselves’ even mean? Later on in the book we discover that Scandi students have trouble linking ‘other people’ as an abstract concept to concretised ‘strangers’ (unsurprisingly) (p. 22). Yet here, I’m really bugged by ‘ourselves’ as a meaningful unit of analysis in social science. (On p. 4 the actual phrase is ‘Particularised trust is faith only in people like yourself’). My contemporaneous notes show that I wondered whether this meant that social hierarchy, ‘capital’ and status would be a meaningful interpretation here. Does this mean we can’t separate particularised trust from forms of power? Later, in the chapter on measuring trust, the problem with existing survey questions to measure generalised trust is illustrated when it is revealed that at least in some cases ‘most people’ (meant as a proxy for strangers) actually elicits associations like ‘friends’, ‘neighbours’, acquaintances, colleagues, etc. This for me really underlines the problem. Who is a stranger? If there are only ‘relative’ degrees of distance between the people we think of in terms of trusting, then should we not be collapsing particular and general? Or instead, limiting our knowledge claims or investigations to much narrower or clearly defined encounters?

How does change occur?

pp.4-5 Uslaner sets up inverse relationship between particularised and generalised s trust. Also proposes his own position of stable socialisation based trust as a general disposition. In contrast trust in rational choice models is ephemeral.  Also he sets out the debunked, but still widely assumed, link between democracies and trust, which was then replaced by the more nuanced connection between income equality and trust. Overall the next tension I observe from this is the problem of prediction and change. If Uslaner’s trust is mainly early socialisation then how does change in trust occur? Or is this a secondary effect of increasing equality? It isn’t really clear, and I guess that actually Denmark would probably show the opposite – that it’s always been high trust and that increasing or decreasing levels of income equality have had little effect (also noting that income equality is itself a very narrow and rather misleading measure of equality overall). Thinking about more familiar territory – the observation that Russia and other postsocialist countries become ‘low generalised social trust’ societies after communism (ok maybe earlier as well), then again, the lack of change in the model would mean accounting for this is difficult, isn’t it? And in any case I think empirically it is difficult to generalise and say that, e.g., the USSR was a low generalised social trust society before 1991. If anything, in terms of ‘stranger-stranger’ interactions, I think you can quite easily argue the opposite. (I’m aware of the work on how Stalinism led to a long-term breakdown in trust in institutions, but that’s different from ‘generalised trust’ – which kind of illustrates the problem).

Interpersonal trust levels as measured by the World Values Survey and European Values Study, and the European Social Survey and Afrobarometer Survey – Inglehart & Welzel (2010) – Changing Mass Priorities: The Link between Modernization and Democracy. Reflections, June 2010, Vol. 8/No. 2. as cited in https://ourworldindata.org/trust

Optimism and the psycho-social(?) trap

Thinking a bit more about Uslaner’s own preference for early-socialisation and a resulting general trusting disposition, I can’t help thinking about the only relative utility of this in terms of social science. Indeed, reading his account I couldn’t help thinking that ‘optimism’ in general might be a better definition of what he means by ‘general social trust’. Especially as he insists it is hard wired and relatively resistance to change – I guess a kind of psycho-social trait. Overall, then, the generalised model Uslaner favours seems to me only vaguely useful in terms of a general proxy for long-term social stability and ‘well-functioning’ societies. I.e. they are more likely to produce in aggregate optimistic (open and trusting) people. Here we get to Denmark again.

As an aside, Uslaner highlights the problematic causal relationship between associational life in a place and trust (it only seems to work in highly historically/socially specific places like the US).

What is a transactional encounter between strangers?

Next up, if generalised trust is about encounters and expectations of strangers we have to ask, how similar are our daily transactional encounters with strangers – do we treat all ‘strangers’ the same? Are our expectations the same of the fast-food server, the garage mechanic, the call-centre operator at an airline, the doctor’s surgery nurse, the bus driver? Most, if not all our ‘stranger encounters’ are mediated through either corporations or the state. This rather obvious observation isn’t really acknowledged, at least in the ‘Approaches’ first Part of the book. I’m hoping that we learn more in the chapter on Trust and the Welfare State by Steffan Kumlin, Isabelle Stadelmann-Steffen and Atle Haugsgjerd.

On the other hand on p. 8 Uslaner notes that one key variable linked to high generalised social trust is quality of institutions – again for me indicating the need to really examine the ‘everyday’ functioning of those insts. through looking at the variability or consistency of citizen-SLB encounters. ‘Institutional trust’ isn’t quite what I mean, as the interaction is at a sub-level and in any case is variable between institutions, even between ‘branches’ of institutions – think about how one’s encounter with criminal justice ‘institutions’ would be quite variable between, say, community police liaison officer, beat cop in a city, emergency line staff (who may be partially privatised and in a remote location), local courts, etc.

Overall, I can see myself arguing strongly for a more interactionalist forms of measuring trust that are sensitive to power gradients, and the leverageable and performable forms of ‘social capital’ that one can bring to an encounter – particularly with an SLB. These would include diverse aspects as class, articulation of needs and rights through educated speech, race, gender, age, etc. But then would this be best described as social capital?

3 thoughts on “Social trust and the problem of the ‘stranger’”